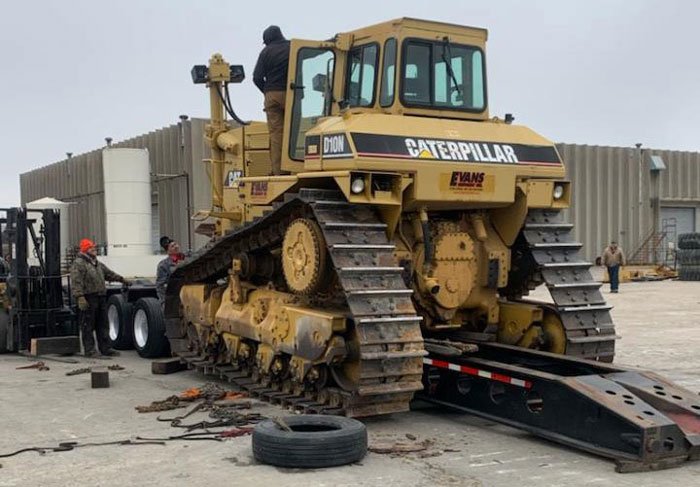 California Wide Loads that are wider than 12 feet not only require width permits but they will also require escorts. In some cases, depending on the actual width, the load may require police escorts. This is also dependent upon the route that will be traveled during the actual transport. You want to make sure that the transport company that you select for transporting your California wide loads understands the laws and regulations when transporting wide loads.

Wide load signs in California are required when loads are being transported that are wider than 8.6 feet. By law, wide load signs in California have to be displayed on the front of the truck and on the back of the trailer during the entire transport process. This is a safety requirement that protects the other vehicles on the roadway as well as the driver and the equipment being transported.

In California, this is very important because of the roadways and limited accessibility due to the narrow and winding roads within the state. Any precautions that can be taken to make sure that everyone remains safe during a wide load transport will certainly be adhered to.

Wide load permits in California can usually be issued on the same day that they are applied for, however, there are times when there could be a waiting period if there is a backlog in permit requests throughout the state. It is illegal for a permitted load to be transported without having the proper permits.

Wide load permits in California must be obtained before a driver can legally transport a wide load. Drivers are permitted to actually load the equipment prior to receiving the permits, but they have to remain parked until the permits have been issued.

Once they have received their wide load permits in California they are allowed to transport their load. The only other restriction is that permitted loads must be transported during daylight hours and under some restrictions may not be transported on the weekends.

The great thing about California-wide load truck companies is that they are well equipped and knowledgeable when it comes to the wide load transport requirements for California.

California Wide Loads hauling is the specific transport of loads or equipment that requires permits that are issued by the California Department of Transportation for width. The width of the transport must exceed 8.6 feet in order for it to be classified as a wide load.

When a load is indeed wider than that 8.6-foot threshold, the California Department of Transportation requires that the driver applies for a width permit prior to transporting the equipment.

California Wide Loads hauling requirements can seem very demanding to a company that is not experienced with transporting wide loads in the state of California. If a California Wide Load Hauling Company does not have the proper permits for the wide load, they can be subject to fines and possible impounding of the transport load.

In most cases, when you start transporting equipment that meets both of these criteria, then you will need a company that has specialized trailers to meet the transport needs for equipment this size. Wide load heavy hauler companies in California understand the ins and outs of transporting wide and heavy equipment.

They also understand the permitting process and will work closely with the Department of Transportation to get the proper permits for the transport.

#1 FAIL-PROOF HAULING OVERSIZE LOADS COMPANY IN THE US

What is a wide load?

How wide is considered a wide load?