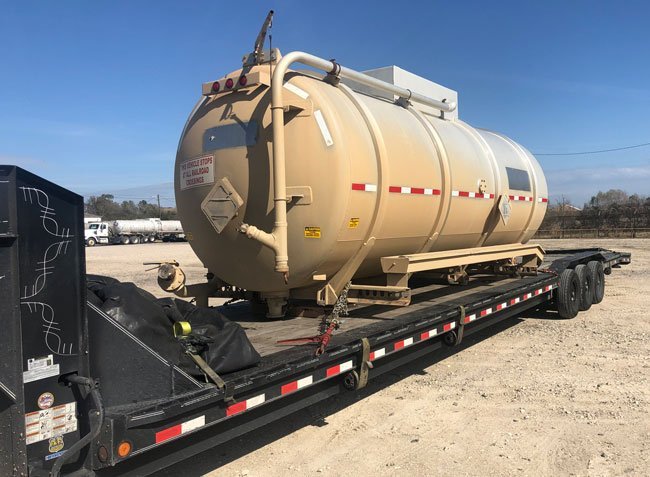 We are a Certified California Heavy Hauler

Our heavy hauler is one of the best in the state. We have the right staff, the right drivers, and the right trailers to handle the transporting of your heavy load.

If you are looking for a California heavy haul company, there are a few things you are going to want to make sure of before hiring them. The first and most important thing is to make sure that the company has experience with transporting heavy loads in the state of California. California heavy haul trucking companies will have specialized trailers that will be used specifically to accommodate the transporting of heavy loads.

n the state of California, heavy haul transport is very expensive. Depending on the exact location within the state of your pickup or delivery will also have an effect on your transport pricing. California heavy haul trucking companies are very familiar with the layout of the state and the challenges of the terrain when transporting loads that require permitting for weight.

It is much more expensive to transport heavy loads to the northern part of the state versus the southern part. Los Angeles and San Diego are much more favorable locations than San Francisco and Sacramento.

TOP 3 CERTIFIED HEAVY HAULERS TRUCKING COMPANY IN THE US

When transporting requires deviation from major routes or cities, the cost of the transport becomes very expensive. Keep in mind unlike most states, California has flatlands, major cities, and mountains.

Each of these has its positives and negatives, but at the end of the day, this diverse terrain is what makes heavy haul trucking in California so difficult. No matter what the job will entail, the biggest thing to keep in mind is that heavy haul trucking in California requires that you have the proper trailers and the necessary permits for the transport. Without the necessary permits, it is illegal to transport a heavy load in California. 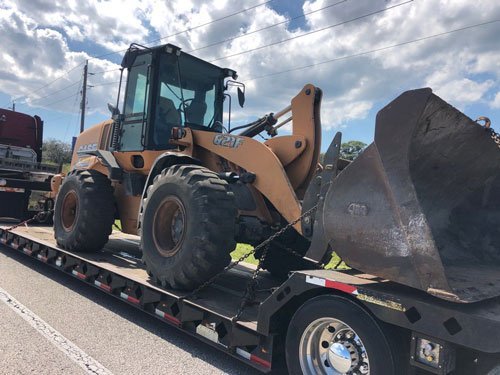 Heavy equipment hauling in California differs from transporting heavy equipment in other states. California, being the third largest state in the United States, has some of the most challenging roadways of all the states.

California heavy haul transport companies have well-established relationships with the California Department of Transportation and because of this, obtaining permits are usually no problem.

This is very important because a California heavy haul transport company cannot transport a heavy load without obtaining these permits. If a California heavy haul transport company is pulled over by the Florida Department of Transportation or any other law enforcement agency and they cannot show proof of having obtained permits for the heavy load, the truck, the trailer, and the equipment can be impounded. In addition to being impounded the driver will also be given a ticket.

Heavy haul companies in California such as ours, specialize in understanding the requirements of transporting heavy loads in California as outlined by the Department of Transportation.

There are very strict rules and regulations that you must abide by when you are transporting a permitted load in the state of California. These rules include time restrictions, route restrictions, and in some cases bridge restrictions.

This is very important because choosing a company that does not understand the rules and regulations for transporting heavy equipment could cost you the customer thousands of dollars in fines, lost time, or even damaged equipment.

Because heavy equipment requires permitting when being transported, these loads have to be transported by themselves as a dedicated load. Because of this, permitted loads are much more expensive than regular loads that do not require permits.

RGNs or removable gooseneck trailers have the ability to handle weights that exceed the 40,000lbs that require a permit for weight. RGNs have multiple axles. The more axles that the trailer has, the more weight it can handle. For example, a 10 axle RGN can handle 100,000lbs.

This is important because if you have a piece of equipment that weighs that much, you have to have the proper trailer to transport it, in addition to the correct permitting. California heavy haul trucking companies understand how many axles will be needed to transport the equipment that you need to be transported in a safe and responsible manner.

Looking for the best Heavy Equipment Hauling in California Company? We are an A+ Certified Heavy Hauling Company.

What is considered a heavy haul?

A heavy haul is any load that requires a permit for weight. The total weight of the equipment must exceed 40,000lbs. When your load exceeds that threshold, then you are required by law to obtain a weight permit before transporting.

How to haul heavy equipment?

To haul heavy equipment, you will need to find a heavy haul equipment company that can provide you with the service that is required for transporting the load. In most cases, heavy equipment will require not only permits but also a specialized trailer that will accommodate the weight of the equipment.